KarinaOMG, the vivacious Canadian social-media star and gamer, is best known for her two individual ‘YouTube’ channels and her collaborative channel named ‘SIS vs BRO,’ which she co-owns with her brother, Ronald. She uploads videos related to gaming, challenges, product reviews, travel vlogs, and slime crafts. She is also popular on other social-media platforms, such as ‘Facebook’ and ‘Twitter.’

KarinaOMG was born Karina Calor, on March 23, 2007, in Canada. After spending her early years in Canada, Karina shifted to Spain, with her family, in 2016. The reason behind the move was that Karina was allergic to cold weather.

She is also known by her online pseudonyms, “GamerGirl” and “KarinaOMG,” and as Karina Kurzawa.

Reportedly, in 2017, Karina was studying at Spain’s ‘Sotogrande International School.’ 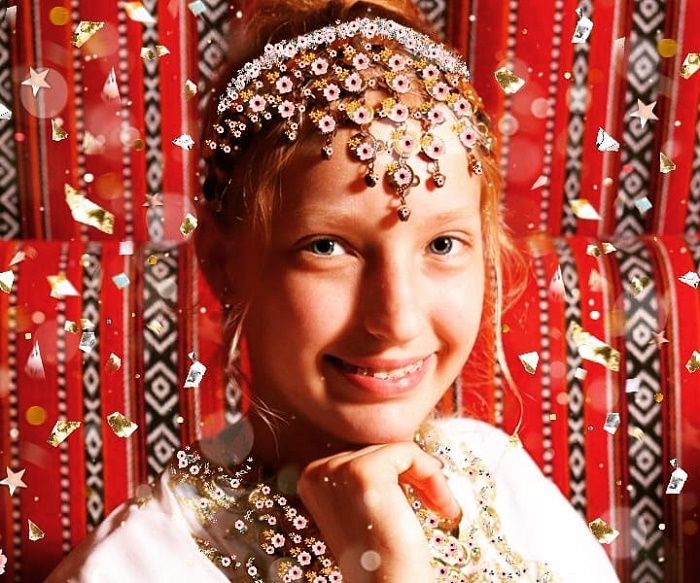 Social-Media Fame: From Karina to “KarinaOMG”

Karina began her social-media career on November 1, 2015, with the toy-review channel ‘FUNwithKARINA.’ It is believed that her parents had encouraged Karina and her brother to start their careers on ‘YouTube.’ Karina was just 7 years old when she created her first ‘YouTube’ video. Karina was also the first member of her family to upload a ‘YouTube’ video.

Soon, however, Karina shifted her focus from toy reviews to video games. She thus launched the ‘YouTube’ channel titled ‘GamerGirl,’ on April 23, 2016. The channel currently has 3.87 million subscribers and over a billion views. The channel mostly hosts content related to games such as ‘Roblox,’ ‘The Sims4,’ and ‘Minecraft.’

She played ‘Roblox’ minigames with “YouTuber” ‘EthanGamerTV’ for one of her videos. Some of her videos, such as ‘Going to Prison in an OBBY! Escape the Prison + Rob The Bank OBBY,’ have earned more than 20 million views.

Her initial toy review channel (created in 2015) now has a new name, ‘Karina Kurzawa.’ Karina reportedly renamed it in July 2018. The channel now showcases content related to makeup, fashion, travel, and product reviews. Over the years, it has earned over 1.06 million subscribers and has managed to garner more than 39 million views.

Along with her brother, Ronald, Karina manages another ‘YouTube’ channel, titled ‘SIS vs BRO.’ The channel was launched on March 3, 2016. It is primarily a competitive-challenge channel featuring Karina and her younger brother, Ronald, competing against each other for various challenges.

Their series of videos titled ‘Gummy vs Real’ were some of their most-watched videos in 2017. The video titled ‘NIGHTTIME ROUTINE!! SCHOOL DAY vs WEEKEND’ managed to garner 90 million views. Another video that became quite popular was ‘Blindfolded Slime Prank Challenge Gone Wrong.’ They also posted a few vlogs from their vacation to Thailand. The collaborative channel now has 4 billion views and more than 11 million subscribers. Ronald also has an individual gaming channel called ‘RonaldOMG’ and a separate self-titled channel.

Family with a “YouTuber” Dad

Karina’s parents are of Polish descent. Karina’s father, Freddy Kurzawa, is a popular “YouTuber” himself. He is best known by his online pseudonym, “FreddyGoesBoom.” He joined ‘YouTube’ on May 15, 2016 and has already garnered more than 265 million views and more than a million subscribers. Freddy posts videos of himself playing video games. He mostly uploads videos related to ‘Minecraft’ and ‘Fortnite.’ 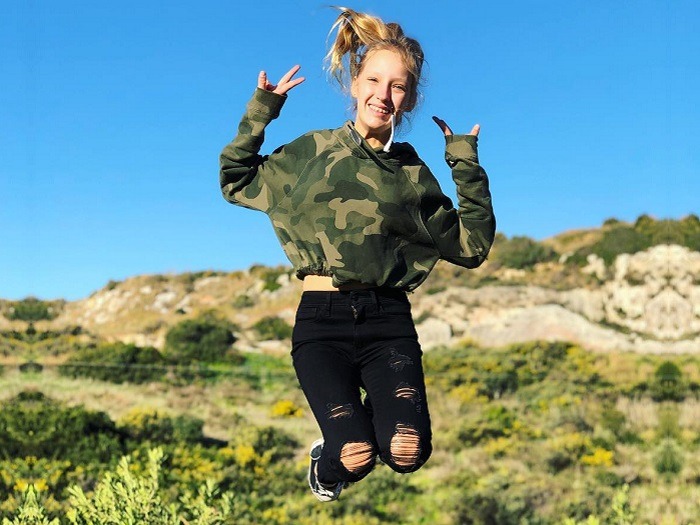 Karina’s mother’s identity, however, remains unknown. Owing to the fact that her mother remains absent from her (and her brother’s) videos, her fans once started to speculate that her mother had probably passed away earlier.

She has a younger sister named Aria. Her younger brother, Ronald, is a popular social-media star and collaborates with her.

Her social-media career is managed by her parents.

Karina as a Person

Karina loves adventures and is fond of sports such as basketball and badminton. She also participates in gymnastics after school. She is also fond of canoe paddling and likes golf.

Karina loves pizzas more than burgers and likes eating pizzas at the restaurant named ‘Busan-Toro.’ Karina also loves avocados. Both Karina and her brother are allergic to nuts, except hazelnuts. She adores milk chocolate, and chocolate is also her favorite flavor. Her favorite snack is ‘Sour Patch Kids.’ She loves ‘Candy Cane.’

Thailand and Philippines are Karina’s ideal travel destinations. Her favorite season is the one between summer and fall. Her favorite holiday is Christmas.

Karina began learning to play the piano in 2017. In 2018, Karina stated that she had joined her school’s rock band as a guitarist and was gearing up to perform at her first show on November 9 that year. Karina began learning Spanish in 2018. She hates swimming lessons at school.

She loves watching the science-fiction teenage web series ‘Stranger Things.’ She adores the game ‘Stardew Valley.’ She loves to listen to tracks by Anne-Marie and Rita Ora. Her favorite song is ‘2002’ by Anne-Marie, which was released in 2018. Her favorite app is ‘Instagram.’ One of her favorite movies is the 2017 drama ‘A Dog’s Purpose.’ In 2018, Karina and Ronald had seven computers at home.

She loves dresses more than skirts. She is fond of wearing T-shirts, too. Karina has endorsed brands such as ‘Hollister Co.’ and ‘Gucci’ through her social-media posts. She is extremely fond of shopping, and her favorite stores are ‘Aritzia,’ ‘Bershka,’ ‘H&M,’ and ‘Zara.’ Karina has to pierce her ears regularly, as the holes close up quickly. Karina and Ronald have an official website, sisvsbro.com, where they sell merchandise such as T-shirts. She loves the color pink.

Karina likes unicorns more than mermaids. She is fond of crunchy slime. She is close to a friend named Olivia, whom she considers her best friend. Karina is fond of cats and birds. She owns two cats and has named them Chibi and George.