The Kid Laroi is an Australian rapper, singer, songwriter, and record producer who got recognition as a child artist in 2015. Through relentless hustling with the help of his mother and friends, he attracted the attention of artists like Swae Lee and Lil Bibby before being mentored by late American rapper Juice Wrld. He became the youngest Australian solo artist ever to reach the top of the Australian ARIA Charts with his debut mixtape F*ck Love and also peaked within Top 5 in America, Canada, Ireland and New Zealand. He was previously managed by Grade A Productions but recently announced that he has signed with Scooter Braun. 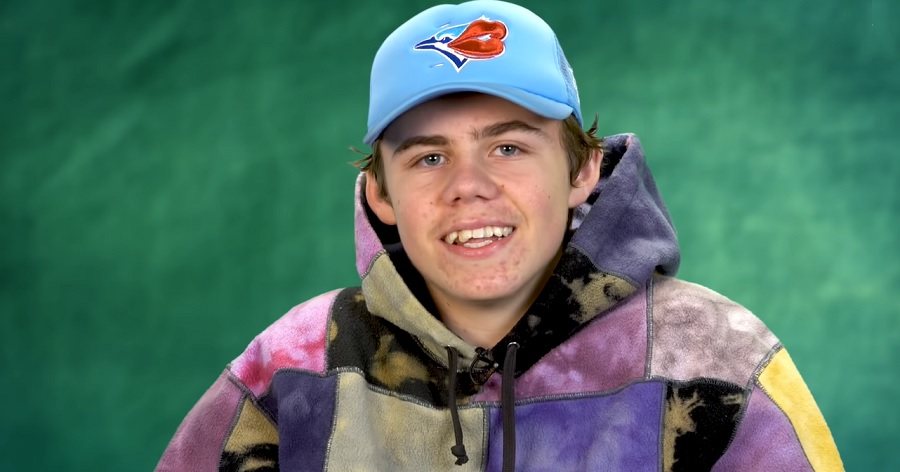 He Had a Difficult Upbringing

The Kid Laroi was born as Charlton Kenneth Jeffrey Howard on August 17, 2003 in Waterloo, New South Wales, Australia, to Nick Howard, a music producer and sound engineer, and Sloane Howard, a model manager and music executive. His parents separated when he was a child, following which his single mother sold drugs to support the family. He and his mother drifted around New South Wales throughout his childhood and lived in outback mining city Broken Hill with his grandparents for a while before returning to Waterloo after his uncle was murdered when he was only 11. He developed an interest in hip-hip music as a child because his mother often played music by the Fugees, Erykah Badu and Tupac. He has mentioned that music for him was a means to escape family struggles. He attended Australian Performing Arts Grammar School, a highly selective and prestigious private school.

His Alias Is Linked to His Ancestry

The Kid Laroi derived his stage name from the Aboriginal Australian tribe ‘Kamilaroi’, which he is from. His great-great grandfather was part of the Stolen Generation – mixed-race children of Aboriginal descent who were taken away from their families by government agencies and church missions to be assimilated into the white population. Raised into a white family, his great-great grandfather was told that his darker complexion was because he was of Spanish origin, but eventually found out the truth. Before her death, his “great-nan” told him to “keep the culture going” through sports or music or whatever he pursued in the future, which is why he decided to use ‘Laroi’ in his stage name. 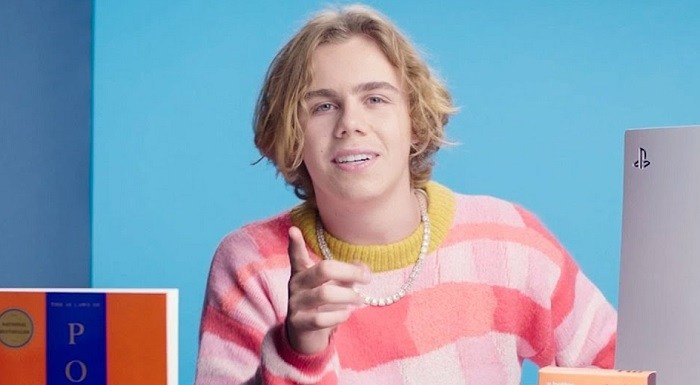 He Was Mentored By Juice Wrld

The Kid Laroi was only seven when an older cousin took him with her to see the 2011 documentary Never Say Never on the life of pop sensation Justin Bieber. Despite being too young, he had determined that that’s the kind of life he wanted to live. By the time he was 10, he had already decided to pursue a career in music and his supportive mother never discouraged him. He initially wrote down verses on his mother’s iPhone but later upgraded to a studio and began posting his music on Soundcloud and other social media platforms. He was so passionate about getting a wider audience that he often waited outside hotels to network with visiting artists. This way, he eventually played his music for Swae Lee and caught the attention of rapper and Grade A Productions executive Lil Bibby. Bibby offered him to open for Juice WRLD during his Australia tour, following which the latter began mentoring him.

The Kid Laroi, who spent several months with Juice WRLD in Los Angeles, was devastated when the rapper died from a drug overdose in December 2019. At the time, he was working on his debut mixtape F*ck Love and decided to include a verse from the late rapper in his lead single “Go”. He further talked about the impact of Juice WRLD’s death on him in the song “Tell Me Why”. The album quickly earned over 1.6 billion streams on Spotify and his songs were added to nearly 20 million user-generated playlists on the platform. He also understood the importance of social media in reaching the younger generation and made a song named after social media star Addison Rae in March 2020 which went viral on TikTok. Later, a clip of his song “Without You” would be used millions of times on the platform. He also often shares teasers and other announcements about his music on Twitter and Instagram.

He Collaborated with Justin Bieber and Miley Cyrus

Only 17 years of age, The Kid Laroi has already worked with several big artists in the field from across the world including Lil Mosey, Corbin, YoungBoy Never Broke Again, Internet Money, Lil Tecca and Lil Tjay. In March 2021, he collaborated with Justin Bieber on the song “Unstable” from the latter’s sixth studio album Justice. It became a huge success and also resulted in a deep friendship between him and his 10 years senior idol. In fact, the two reportedly play basketball together every Sunday. Since their initial collaboration, fans of the two artists continued to spam both requesting another song from them, which eventually came to fruition in June 2021 when their song “Stay” surfaced online. A couple months earlier in April, he had worked with American singer Miley Cyrus on a remix of his song “Without You”, which the two also performed in front of host Elon Musk on the Mothers’ Day episode of Saturday Night Live.

Height Difference between Him and Bieber Confused Fans

When The Kid Laroi shared a picture with Justin Bieber on June 15, 2021, more than speculating about a possible collaboration between the two, most fans were eager to know how tall the former was due to the fact that he looked significantly taller than Bieber. While Bieber is known to be 5’ 7”, most fans thought from an erroneous Google search that Laroi was 5’ 7” as well, which added to the confusion. However, that information is incorrect as the teenage star previously mentioned that he was around 6 feet and even once Tweeted “Lmao the Internet always trying to play me” when a fan commented that he was 5’ 7”.