To expand the popular saying and update it for the modern context, behind every successful individual, there is their partner, guarding the home front and making incredible sacrifices. Triple NBA MVP Larry Bird is no exception. He and his wife Dinah Mattingly have been married for over three decades, and she has been the source of great support for him through all the ups and downs of life. Larry played in an era when most of the spouses and partners of sportspersons did not actively seek a separate space for themselves in the public sphere. As a result, Dinah had no qualms about staying out of the spotlight, while her husband secured his legacy as one of the greatest basketball stars of all time. 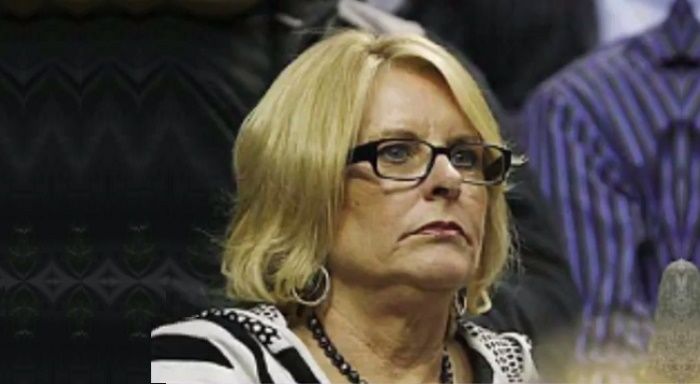 Before he and Dinah met, Bird was in a long-term relationship with his childhood sweetheart Janet Condra. While he was attending Indiana State University, the couple exchanged wedding vows in 1975.

Their marriage was short-lived, ending less than a year later. They tried to take get back together, and Janet even got pregnant during this period. But they separated once again. Their daughter, Corrie, was born on August 14, 1977.

In the ensuing years, Bird had very little interaction with his only biological child. However, he continued to pay child support through monthly checks until she was 18 years old. Corrie used to play high-school basketball and even looks like her father.

“A Cute version of Larry,” Janet told The Telegraph in an interview in February 1993 after Bird’s retirement. “Tall, blonde hair, blue eyes and that Bird nose.”

In the same interview, she revealed that Corrie, who was 14 at the time, was not asked to attend the Larry Bird Night, an event organised by the Boston Celtics to celebrate the remarkable career of the self-proclaimed “Hick from French Lick”.

“He didn’t even invite her, and that was a big slap to the face. I really felt bad for her, and I don’t know what to do. He’s hurt her so many times. The times he does see her, he gives her a lot of hope and then lets her down again.”

She also spoke about how her daughter had never received a birthday card from Bird, before adding that the younger woman had gotten something in the previous two Christmases. However, Janet speculated that the gifts were not from the basketball legend but from his current wife.

“I could tell from the handwriting Dinah sent it. At least Dinah is thinking of her,” Janet said.

In 1999, both Janet and Corrie appeared on ESPN’s SportsCentury’s episode on Bird. 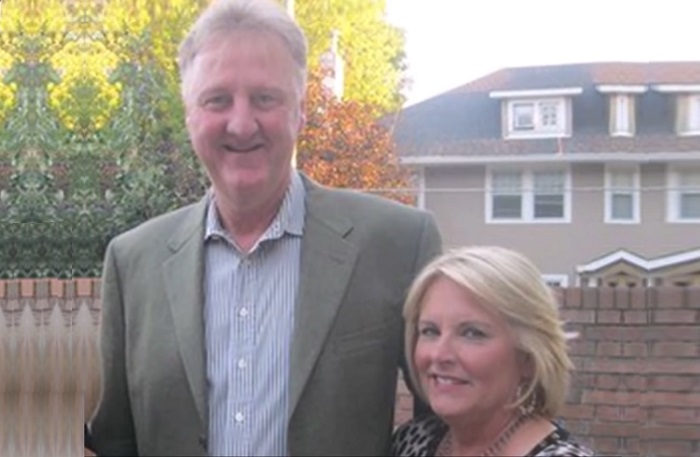 The couple met while they both were students at Indiana State. However, things were very much platonic in the beginning, as Bird was still involved with Janet. After that relationship ended for good, he and Dinah started dating.

Born on November 16, 1954, Dinah is about two years older thanBird. She spent a considerable part of her youth in Terre Haute, the county seat of Vigo County, Indiana and studied at a high school there.

Bird started demonstrating his basketball talents while playing for his own high school, Springs Valley Junior-Senior. He enrolled at Indiana State in 1975 and went on to lead his team to the NCAA tournament for the first time in their history. During this period, Bird earned a reputation for his refusals to give interviews. Although he became much more relaxed after he became a professional, he always adhered to certain guidelines while dealing with the press.

Their Marriage Was A Private Affair

Dinah Mattingly and Larry Bird did not bother to formalise their relationship for most of the latter’s professional life. It was only in the late 1980s that they started to give marriage a serious consideration.

The couple tied the knot on October 31, 1989, after 12 years of dating. The ceremony was held at a friend’s home outside Terre Haute with only seven other people in attendance. Both the bride and the groom showed up in stonewashed jeans.

They Have Two Adopted Children

Dinah Mattingly and Larry Bird do not have a child of their own, but they adopted a son, Connor, and a daughter, Mariah.

Over the years, Conner has had several run-ins with the law. In 2011, he was apprehended by the police for “underage drinking and disorderly conduct”, as per to a TMZ article.

He was again arrested in 2013 after he reportedly attempted to hit his then-girlfriend with his car after an argument.

Among other charges, there were “battery with injury, criminal mischief, intimidation with a deadly weapon, possession of marijuana, and possession of paraphernalia”.

Mariah, on the other hand, is a Boston University and Indiana University Bloomington alumnus and currently works as an event manager. 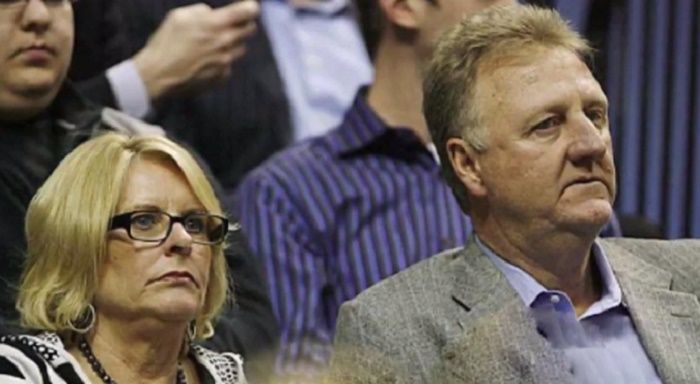 In his professional years, Bird allowed all reporters to interview him before and after a game, but his home remained off-limits.

”I always try to keep my family and friends out of what I’m doing,” he said in an interview.

He had a tough childhood and grew up watching his family struggling to make the ends meet. This experience filled him with a need to protect the people who are close to him.

”My family has been through the ups and downs and hard times with me,” Bird elaborated. ”And I don’t think they should have to be brought in.”

Bird played for only one team throughout his NBA career, the Boston Celtics, and helped them win three (1981, 1984, and 1986) NBA championships. He and Dinah spent 13 years in Boston and were active members of the community.

After he assumed the duties of the head coach at the Indian Pacers, the family moved to Indianapolis.

Dinah has always maintained a low profile. She seldom attended Bird’s matches or accompanied him to public events. However, she was present at the Larry Bird Night in February 1993 along with their son.

Bird had Conner in his arms as he lifted his number 33 jersey to the rafters at the Boston Garden.