Greg Paul is an American social media personality, better known as the father of social media stars Logan and Jake Paul. By profession, he is a licensed realtor and a commercial roofer. Born and raised in Ohio, Paul is known for his sense of humor, and enjoys outdoors. When his sons achieved popularity on social media, Paul joined with Vine and Instagram accounts. In 2014, he launched his YouTube channel. Before long, his Instagram posts and YouTube vlogs earned recognition. In 2018, he was in the middle of a controversy, as he was accused of being a pedophile, an allegation which he strongly repudiated.

He was born Gregory Allan Paul on October 28, 1963, in Ohio, USA. The Paul family is from Westlake, Ohio. He was married to Pamela Ann Stepnick, who is also a YouTuber. She worked as a nurse at ‘UHHS Westlake Surgery Center’ and other medical centres. Later, the two of them divorced.

The couple’s two sons, Logan and Jake, are extremely popular on social media, particularly YouTube. Logan Paul became famous for his Facebook account as well as his YouTube channel. Paul’s other son, Jake, is a prominent YouTuber who posts comedy songs and sketches and also vlogs. He is also a well-known actor and singer.

Paul is a licensed realtor and he also worked as a commercial roofer. He likes spending time with his family and sons, and enjoys outdoors.

Paul’s presentation of the videos, combined with his sense of humor soon made his vlogs popular on YouTube. He began recording his own videos for YouTube, which included ‘Photo Bombing Stranger’ and ‘Paul Family Attacks Paparazzi.’ His video ‘Cyber Bullying is Real’ received traction as a lot of people took notice this video.

In July 2017, Paul’s vlog achieved 100K subscribers. For one of his vlogs, he interviewed George Janko’s mother. He also covered the ‘2017 Teen Choice Awards’ through his vlog. Paul’s later vlogs include ‘VlogDad Reacts,’ ‘Cooking with VlogDad,’ ‘VlogDad Responds Son Jake Paul’s Lost Disney Contract,’ ‘I Stole Jake’s Diamond Play Button,’ among many others.

Paul’s Instagram slogan reads, ‘If you’re not living on the edge, you’re taking up too much space. The weight of regret weighs heavy.’ On this platform he often posts his own pictures holding a handwritten message on a paper, such as ‘What’s in Your Smoothie?’ or ‘Turning Hate into Something Great.’

His sense of humor appeals to everyone, including his family and his fans. 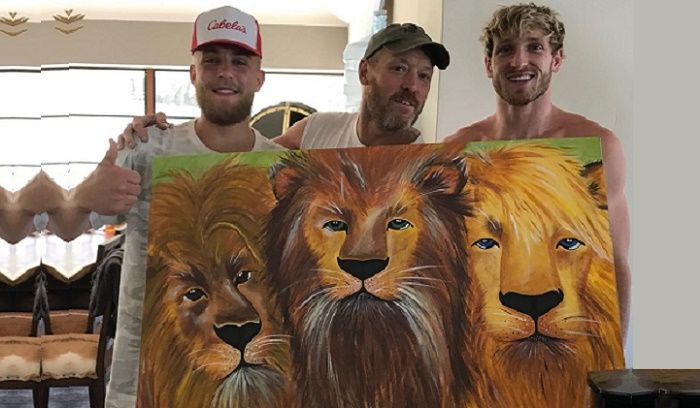 In September 2018, Paul was embroiled in a controversy when a group of hackers asserted that they had pictures and videos of Paul indulging in an inappropriate activity with underage girls.

The problem started when Paul found that all his social media accounts as well as email accounts were hacked. Soon, the hackers, who called themselves ‘Digital Gangsters,’ contacted Paul and owned up the hacking. They demanded money for return of his accounts. Paul convinced them to return accounts without any payment. He actually offered to hire them, to ‘use their smarts and skillsets in a positive way.’ But the hackers refused as Paul wanted them to sign a contract. 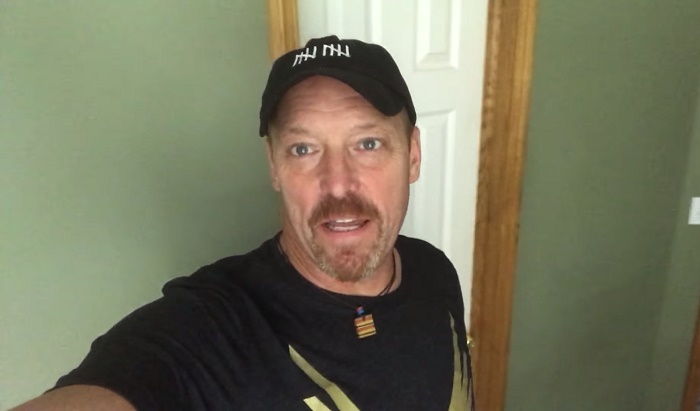 Later, they again hacked Paul’s accounts and email, and demanded immediate transfer of money else they would release a video. They did post a video or a sex-tape of Paul engaged in a sexual act, but the video was indistinguishable. The faces were not clearly seen, and there wasn’t any definite evidence that the person in the leaked sex tape was Greg Paul or the women in it were underage. But the hackers maintained that what they stated was true.

The Pauls did not comment. At that time, all three of them – father and both sons – were facing some or the other controversy. Greg Paul was earlier criticized for tricking a young girl into kissing. In one of his son’s vlogs, the girl was blind-folded and was made to believe that she was kissing one of the brothers, while it was Greg Paul who kissed her. This was condemned on social media.

Greg Paul denied the hackers’ claims. He refused to give in to their demands, stating that he had nothing to hide.