Nikita Dragun, also referred as Nyc Dragun and Mama Dragun, is an American transgender, YouTube phenomenon, model, makeup artist, beauty guru and entrepreneur who presently serves as CEO of her own cosmetics line called ‘Dragun Beauty’. Born as a male, Dragun reportedly began wearing dresses from an early age, however developed her transidentity after reaching college. A notable alumnus of the Fashion Institute of Design & Merchandising (FIDM), Dragun was interested in marketing and media, wanted to create things and aspired to become a business brand owner. After joining YouTube, Dragun gained attention for her vlogs, makeup tutorials, challenges and most notably the inspirational videos where she remained candid on her transformation from male to female. With time she has become a social media sensation with millions of followers on both YouTube and Instagram. A transgender and LGBT activist, Nikita Dragun has emerged as a youth icon. She launched her cosmetics line ‘Dragun Beauty’ that caters to the transgender community besides the mainstream market. The products of her make-up line include face palate, skin perfecting potion and transformation kit among others. 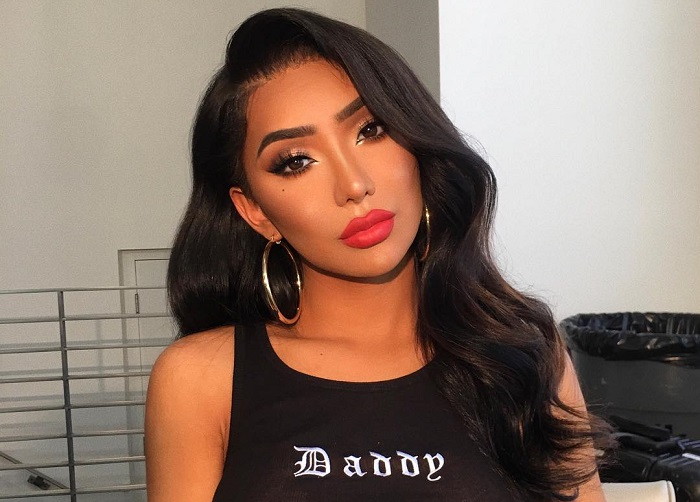 Nikita Dragun was born as a boy, Nicholas Nguyen, on January 31, 1996, in Brussels, Belgium, to Vietnamese father and Mexican mother. Name of her parents are not known. Her siblings include brother, Vincarlo Nguyen; and sisters, Allegrah Nguyen Capri and Taliah Nguyen Marriott. It was her mother who first observed that something was different about Dragun after it was reported that instead of lining up with the boys, she lined up with the girls in her first physical education class and asked for side cuts in the shorts she was wearing. She would play with dolls as a child and began wearing dresses from an early age. A documentary on transgender people led her to resolve to go for transition and by the time she was eight years old, she already started saving money for such pursuit.

Nikita Dragun mentioned in a Forbes article that she realised she was different but could not express herself or reveal her true identity because of fear of getting bullied. She attended high school in Virginia and during this time she started getting accepted by people and wore tight jeans, lashes and would carry a small purse. By the time she completed her high school studies, Dragun took it that she was a gay. After high school, she received a full scholarship to study at the New York University, however much to her parents’ surprise Dragun opted to attend a community college. She developed her transidentity after reaching college. While in college she realised that she was not a gay but a female trapped inside the body of a man. She gradually gained confidence as a woman which led her to resolve that the time was ripe for her to go for the transition from male to female. With time, she also started feeling awkward in using the men’s toilet. This also probably reinforced her decision to go for transition. Reportedly, her parents supported her decision. Meanwhile she obtained a fake ID with the name Nicole and much to her surprise, she easily moved around as a female spending time in the Washington D.C. clubs. Eventually she changed her name and gender legally. 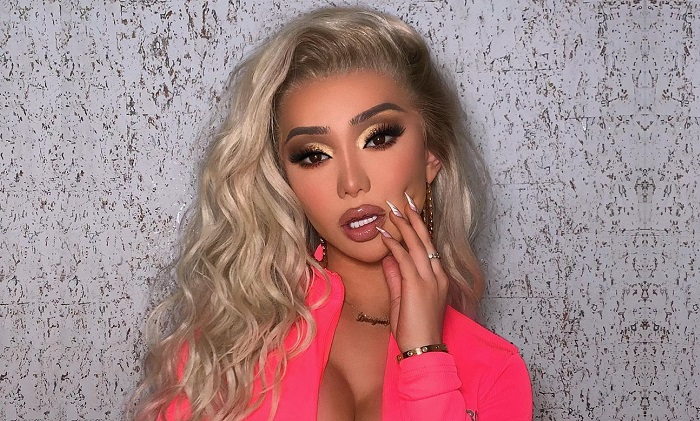 Nikita Dragun launched her eponymous YouTube channel on February 1, 2013. She mentioned that around this time she started getting little brand deals and would get something around $10 or $20. While going through a lot in her personal life, continuously struggling with herself and the society in establishing her true identity, Nikita Dragun remained focussed to build a good career for herself. She wanted to create things, was passionate about marketing and media and aspired to establish herself as a business brand owner. She wanted to start afresh in Los Angeles and went on to attend Fashion Institute of Design & Merchandising in 2014. She graduated from there with a degree in business and marketing for cosmetics. Around this time she started taking YouTube and Instagram seriously. While living in Los Angeles, she disclosed that she was a transgender in 2015.

Nikita Dragun initially uploaded videos on makeup tutorials, beauty tips, life updates, and questions and answers on her YouTube channel. On October 21, 2015, she uploaded the video ‘Male to Female Transformation!’ where she showed how she transformed herself from male to female appearance wise. This was followed by the video titled ‘I Am TRANSGENDER’ that she uploaded on December 28 same year. The latter video, where Nikita Dragun disclosed her true identity went viral immediately and garnered more than 2.3 million views so far. Over the years, she has posted several videos on YouTube where she remained honest on her transformation from male to female. Such endeavour not only raised her fame but also led her to meet other transgender people thus helping her to become more confident and comfortable with her own transition. She shared every little detail of her transition with her YouTube viewers starting from going through hormone replacement therapy to sex organ reconstruction surgery among others. With time her YouTube posts including makeup tutorials, vlogs, inspirational videos and challenges emerged her as a YouTube star earning her over 2.61 million subscribers and more than 162 million views till November 2019. Some of the most popular videos of her channel are ‘MY BOYFRIEND TAKES MY MAKEUP AND WIG OFF!’, ‘ASKING STRANGERS IF THEY THINK I’M TRANSGENDER!’ and ‘I BOUGHT A NEW FACE… again? Silicone Face Mask!’. The ravishing beauty has also thrived in making her mark on Instagram where her account ‘nikita_dragun’ presently boasts of having more than 5.8 million followers. 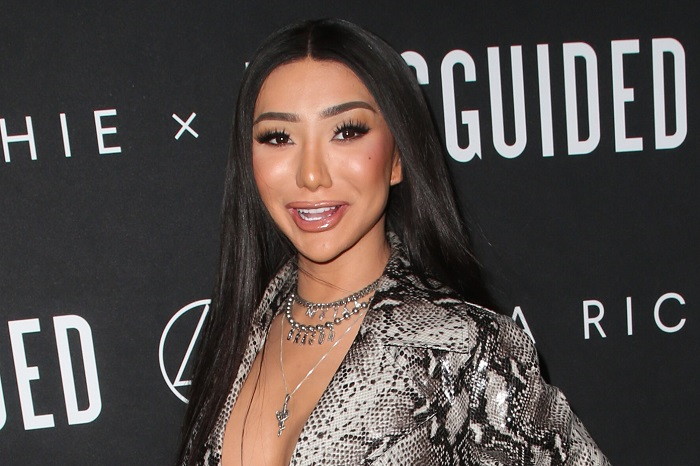 She modelled for Jeffree Star Cosmetics founded and owned by Jeffree Star. Dragun got entangled in a controversy after featuring in Jeffree’s ad campaign for his Androgyny makeup line along with several LGBT models. A picture of Dragun from the ad campaign, which she posted in her Instagram account, where she looked much darker than normal, attracted censuring for Jeffree from the online community. He was criticised for black facing an Asian model in his campaign instead of hiring an African-American model. Dragun announced about her first collaborative effort with a brand in September 2017 and came up with her line of three wigs from Bellami Hair namely Cassie, Saphira and Khaleesi.  She has also appeared is the American murder-mystery reality web series ‘Escape the Night’ hosted by Joey Graceffa.

Nikita Dragun announced about her own makeup line ‘Dragun Beauty’ in March 2019. It is an LGBT friendly brand that is targeted for the transgender community apart from catering the mainstream market. In June 2019, she spoke about her thriving experience as an entrepreneur and CEO of a new beauty company. The company offers products including face palate, skin perfecting potion and transformation kit among others. One can avail the products by visiting the website of the company ‘dragunbeauty.com’. 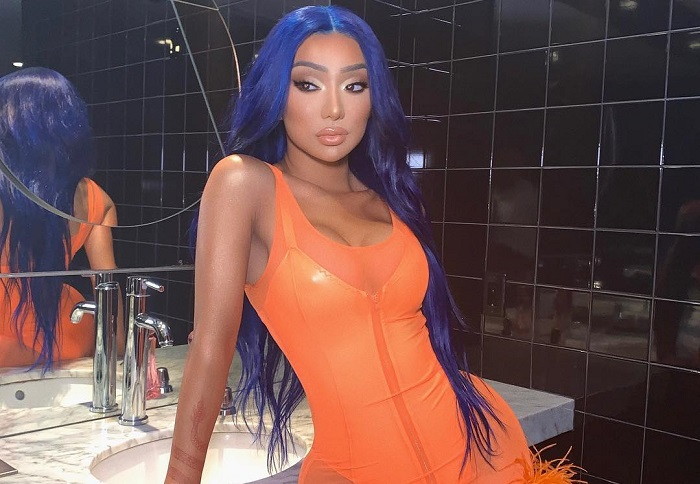 American singer and social media personality Loren Gray expressed her fondness for Nikita Dragun on Instagram. Dragun dated fashion designer Oscar Utierre for a while. He featured in her YouTube video ‘EX BOYFRIEND DOES MY MAKEUP!’ that was published on September 6, 2017. Nikita presently lives in Virginia. Although she took training in singing as a boy during her school days, Dragun wants to hone her skills in the field again to see how her voice sounds following her transition.