Paityn Madich is an American model, dancer and social media influencer represented by Niya Models. She has participated in New York, Los Angeles, and Toronto Fashion Weeks, has worked with leading photographers in the industry, and has represented brands such as Prom Girl, Chick NYC, Izzy Be Clothing, Lip Smackers, and Yoobi. She is a trained dancer and has over a decade of experience in competitive cheerleading. As a social media star, she is active on Instagram and YouTube. Her career goal is to work in digital media advertising someday and work on a project by Rob Fishman and/or Darren Lachtman. 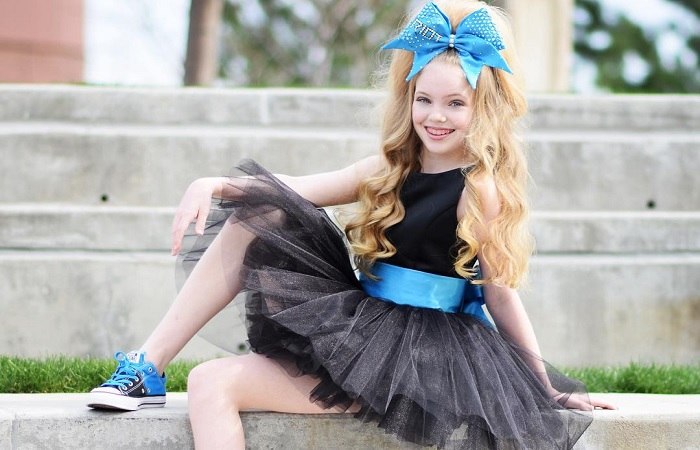 She Began Dancing and Cheerleading at Two

Paityn Jea Madich was born on October 21, 2005 in Arizona, United States to Laurent Zilber and Sherynn Madich. She was only two years old when she began dancing and cheerleading training. She was in a Tiny Team when she was four years old. She was still a child when her parents relocated to Sun Valley, Idaho, a place that they selected keeping in mind the opportunities their daughter would get. Since relocating there about eight years ago, she continued both dancing and cheerleading, apart from focusing on her studies, and also took part in various extracurricular activities. Her hobbies include art, rock climbing, archery, paddle-boarding, swimming, snow skiing, hiking, biking, and shoe collecting. She is a fan of Billie Eilish for both her songs and her fashion statement.

Paityn Madich has been in the field of cheerleading for over a decade and was a competitive all-star cheerleader for nine years. She was also selected into the Inside Cheer Junior All American Team in 2017. She mostly acted as a flyer, often going up in the air, which, coupled with her prominent blonde hair, made her easily recognizable. It was in one of her competitions that she was noticed and picked up by an athletic company to model for their products. It became a turning point in her life, as within months, she started receiving messages and emails from various companies almost every day, asking her to model for “everything from clothes to makeup, bags, athletic equipment, school supplies, and more.” Due to the overwhelming number of offers, she soon had to be more selective about accepting the jobs, and mostly focused on clothing and shoes because of her love for fashion. 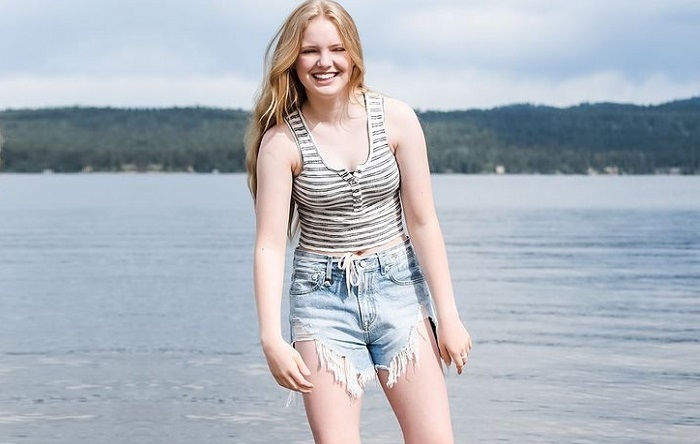 She Is Also a Social Media Star

After Paityn Madich started participating in competitive cheerleading, her parents set up an Instagram account for her to share her “cheerleading experiences with family, friends, and the competitive cheer world.” She was only 10 when the first image was posted on her Instagram on November 29, 2015. Having an Instagram since a young age gave her more visibility and boosted her modeling career. Apart from sharing cheerleading, dance, and modeling pictures, she has used her Instagram profile to promote various brands including Prom Girl, Chick NYC, Izzy Be Clothing, Lip Smackers, and Yoobi. Her fans often asked questions on her Instagram to get to know her better, which prompted her to join YouTube in October 2016. She started using her channel in late December 2018, and mostly posts vlog type videos to provide behind-the-scene look at her routine or to give a glimpse of her travels. She has a Facebook profile as well, but it has not been updated for nearly a year. She previously maintained a blog to share her thoughts and experiences with her fans, but it is no longer available.

She Is Very Much Focused on Her Education

Paityn Madich is a student at Eagle High School in Eagle, Idaho and is scheduled to graduate in 2024. She is also a part of the school’s cheerleading roster. When it comes to studies, she is very careful not to disrupt her school routine and coordinates her modeling assignments in a way so that she can travel over weekends. Nevertheless, she does miss classes from time to time, and her school is supportive enough to allow her to take study hall to make up for her absence. Furthermore, she takes every opportunity to complete her homework, be it “in the airport, on the plane, or while waiting around on set.” Paityn, who attends a specialized arts academy for her dance major, takes dance classes several nights a week and often completes her studies during lunch hours. She is a very organized person and never leaves “homework, packing, or anything else to the last minute.” 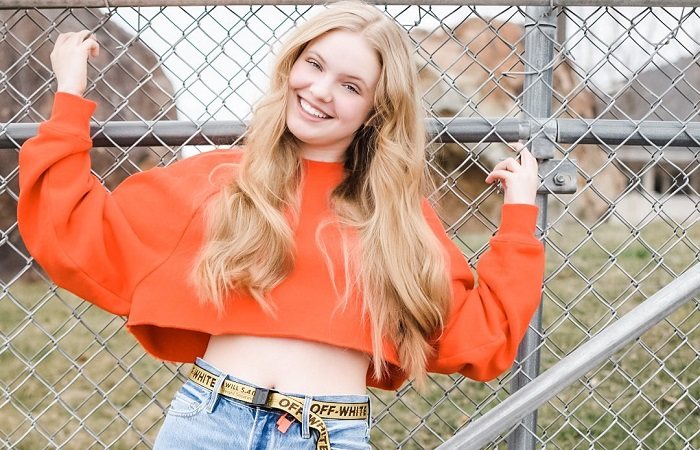 She Hopes to Ride All the Tallest Roller Coasters

A travel buff, Paityn Madich has already been to various cities around the world and spent vacations in exotic locations. However, her favorite travel destination would be any place with a roller coaster park because she loves to ride all kinds of roller coasters. In fact, almost every year she celebrates her birthday by visiting a different roller coaster park. One of her goals is to ride the ten tallest roller coasters in the world. Thankfully, she is already done with ‘Superman: Escape from Krypton’ at Six Flags Magic Mountain in Valencia, California and ‘Leviathan’ in Vaughan, Canada, and will hopefully hit the remaining eight in the coming years.

She Is Involved in Charity

Paityn Madich, who has already established herself as a successful and sought-after model at such a young age, understands that it is a big responsibility and is determined to make a positive impact in the society. She often uses her modeling opportunities and social media influence “to support various philanthropic events and charities.” She is an ambassador for fashion brands like Pura Vida, Love Your Melon, and Izzy Be Clothing, which aim to send positive messages through fashion. Moreover, she supports and promotes various cancer awareness programs and has helped raise funds for charities like Susan G Komen and the National Brain Tumor Society.