PrettyLuhHazel is the online alias of American social media star Hazel Zamarripa who is well-known for her Instagram and TikTok profiles. She rose to fame sharing her dance videos on Dubsmash before joining TikTok. While she initially shared dance videos on Instagram as well, attracting many followers, her Instagram profile currently only contains a few posts. She comes from a musically gifted family as all her siblings have dabbled in music apart from being active on social media. Hazel has appeared in the music video of the song “Fake Love feat. Lil Mac” by her sister Paradiisedd alongside Mathew Valenzuela, whom she has dated in the past. 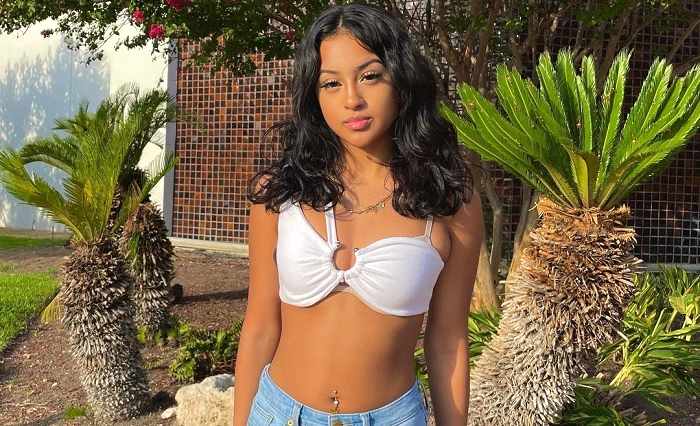 She Gained Fame for Her Dubsmash Videos

PrettyLuhHazel originally gained success on the video sharing app Dubsmash on which she often posted dance videos to popular songs on her profile “the0nlyhazel”. In her first Dubsmash video, she was seen dancing to the song “Facts” by Lil Bibby Feat. Chief Keef. She later joined Instagram and TikTok and shared her Dubsmash videos on those platforms, which quickly earned her a large number of fans. She eventually shifted to TikTok and began posting her new dance videos there, following in the footsteps of her elder sister Paradiisedd, who has a massive 2.1 million fans on the platform. She now commands 472k fans on TikTok and has gained more than 28 million likes on her videos. She often collaborates with her friends and frequently features her family members, as well as her ex-boyfriend Mathew Valenzuela until recently.

While PrettyLuhHazel initially gained popularity on Instagram because of her Dubsmash videos, she later shifted her focus towards posting mirror selfies and modeling snaps. Unfortunately, it seems that her Instagram profile has gone through a significant purging as it currently contains only 20 posts, the oldest of which, a series of pictures and videos of late American rapper XXXTentacion with the caption “rest in peace babyy”, was posted on his death anniversary on June 2018, 2020. Interestingly, while most of her siblings and family members, including her baby nephew Zekiah, are active on Instagram, she has the least number of posts on the platform now, and yet has the most number of followers at 666k. She, however, has lost several thousands of followers in recent times, possibly due to lack of engagement.

She Has Many Siblings

PrettyLuhHazel, real name Hazel Zamarripa, was born on January 26, 2007, in San Antonio, Texas, United States. She is from a close-knit family and is the youngest of several children of her parents. She has a 24-year-old older brother named Michael Magaña, a 19-year-old older sister named Deyanira Magaña a.k.a. Paradise Deedee, and another older brother named James Zamarripa who is 17 years old. However, her two eldest siblings do not seem to share the same father. She also has an older step-sister named Gabrielle Jimenez-Zamarripa from her father’s side of the family. Both her brothers are singers, while her sister, better known as Paradiisedd, is a social media star just like her, who is aspiring to be a singer. Her mother, Esmer Magaña-Zamarripa, is also very active on her Instagram handle @ezmee_glam, and regularly shares pictures with her children and grandchildren. In fact, her mother, who mentions her by the nickname ‘Hazelnut’, is more consistent than her in promoting her and her siblings on the platform. While her father regularly features on the pictures and videos posted by her family members, he is not active on social media. However, she had once shared a TikTok video of her father, sent by him to her, on her own TikTok profile. Even her nephew, who is just one year old, has an Instagram profile as a baby model, managed by his mother and grandmother. 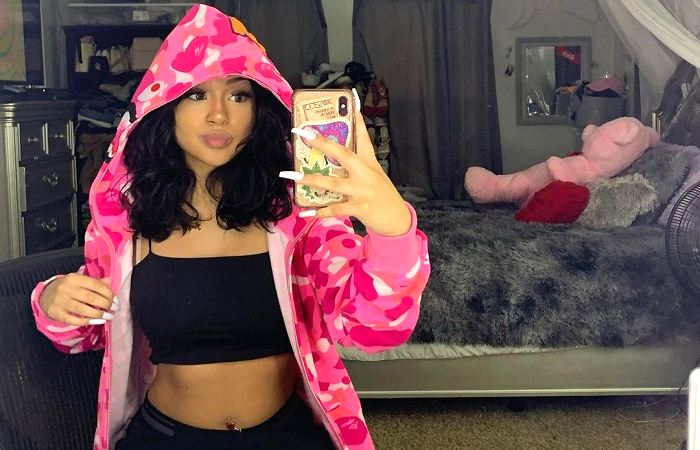 PrettyLuhHazel, who appeared on several videos on her older sister’s YouTube channel earlier, also tried her luck at YouTube like her sister. The first and only video on her channel “prettyluhhazel _” was titled “Pranking girls saying we’re there bf side chick” and was uploaded on September 24, 2019. It featured her older sister Paradiisedd and saw the two girls prank calling several girls to say that they also had relationships with their boyfriends. While she promised to her fans that she will be more regular on the platform, she never posted anything else on the channel. Incidentally, she mentioned in the beginning of the video that it was her “new” channel, but it was actually created on June 30, 2015, two years before her other YouTube channel with the name “Hazel Zamarripa”, which was created on August 11, 2017. However, she posted only five videos, all short ones about slime modeling, during the next few months before abandoning the channel. Interestingly, in her final video on the channel, posted on January 15, 2018, she showcased her collection of 14 slimes and offered to sell each of them for a dollar.

PrettyLuhHazel was previously in a relationship with fellow social media star and Instagram model Mathew Valenzuela, who has over one million fans on TikTok, 465k followers on Instagram and 48k subscribers on YouTube. During the period they were together, they could often be seen in each other’s pictures and videos in various social media platforms. He even appeared with her family during several occasions. While many of those pictures and videos are still available, none of them appear on each other’s Instagram anymore. Interestingly, the two appeared together in the music video of her sister’s song, “Fake Love feat. Lil Mac”, released in January 2021. In a Q&A video from February 2021 on his YouTube channel, Mathew told his fans that Hazel was his favorite ‘ex’ because she was cool and had the best personality, adding that most of his exes were toxic. He further mentioned that he was surprised to see that Hazel and Gina, whom he dated after breaking up with Hazel, had become friends because they were initially beefing.