Ryland Storms is an American social media influencer known for his massive following on TikTok, which he earned by sharing dance, lip-sync and comedy content on the app. He is also famous on Instagram, where he describes himself as ‘Loser’. He is friends with several other popular TikTok stars and often creates collaborative videos. An original member of the Hype House, he gets irritated about the comparison with Team 10, and once stated that their TikTok collective was made by friends and he didn’t need to sign papers through agents. He supports the ‘Black Lives Matter’ movement and had shared links about how to help in his Instagram bio after George Floyd was choked to death by a police officer. 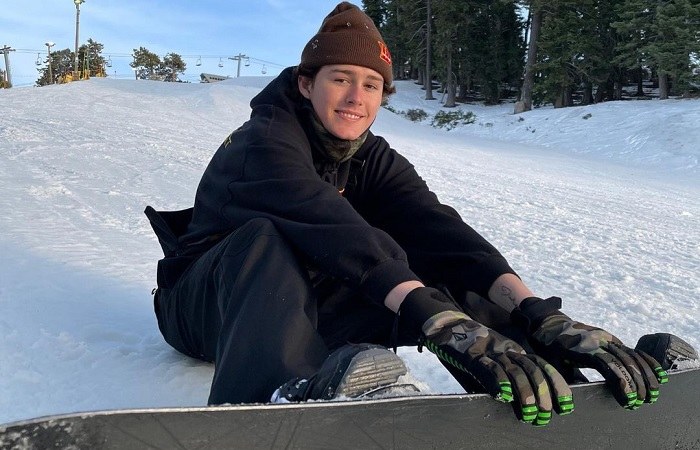 He Started Using TikTok as a Joke

Ryland, who is currently most popular for his TikTok following, had initially joined the platform as a joke, like many teenagers of his age. In fact, in a video he posted on TikTok in January 2020, he mentioned that he even “talk $hit on tik tokers” earlier, despite the fact that he later joined the popular TikTok collective, the Hype House, where he lived alongside fellow TikTok content creators like Chase Hudson, Nick Austin, Alex Warren, Charli D’Amelio and Dixie D’Amelio. In the caption of the video, he also mentioned, “I mean who didn’t start as a joke then got into it let’s be real.”

He Was One of the Original Members of Hype House

In a video interview with ‘TheSync Clips’ YouTube channel dated October 17, 2020, Ryland opened up about how he joined the Hype House and became popular on TikTok. He recounted how during the late 2019 he shared an apartment with Alex Warren, where they were often visited by Chase Hudson, who was looking for a place to live in Los Angeles. They initially booked an Airbnb, but soon after, the group got a call from Thomas Petrou, whom Ryland was friends with from years before and who is often credited as one of the co-founders of the Hype House. He told them all to pack up and come to the place he had got and thus the collective was born. All the creators had very little recognition at that point, and Ryland had only about 12k followers on TikTok. Despite being an original member of the TikTok collective, he did not live there continuously and made videos both from there and outside it. Recently, after it was announced that the Hype House members were filming a reality series for Netflix, Ryland shared on Instagram, “Y’all are gonna actually see sides of us you never have!!!!!!”

He Is Active on Other Social Media Platforms

Ryland Storms is not popular only on TikTok, though. He has over 1.3 million followers on Instagram, the platform he had joined back in 2016. In July that year, he had shared a video on Instagram of him performing a skateboard trick. He was also very active on Twitter and had several hundred thousand followers on it, but his profile was later hacked and has since been suspended. Like most TikTokers, he also has a YouTube channel, which currently has 192k subscribers. However, he is not very active on the platform and has posted only two videos in over a year, both about the time he spent in the Hype House.

He Is Often Confused with Nick Austin

Ryland Storms has been close friends with Nick Austin, fellow TikTok star from Carlsbad, from a long time, which he mentioned in a Tweet, “I met nick at a bonfire in 8th grade he had no where to stay so i said stay with me he didn’t leave my house for a week tht was like 5 years ago”. He later said that Nick went to live with him after being kicked out of his house and the two moved into the Hype House together with other friends. The two are often mixed up by fans, which prompted him to make a TikTok video to make things clear. According to the funny clip, the distinction is that Nick sometimes wears glasses. 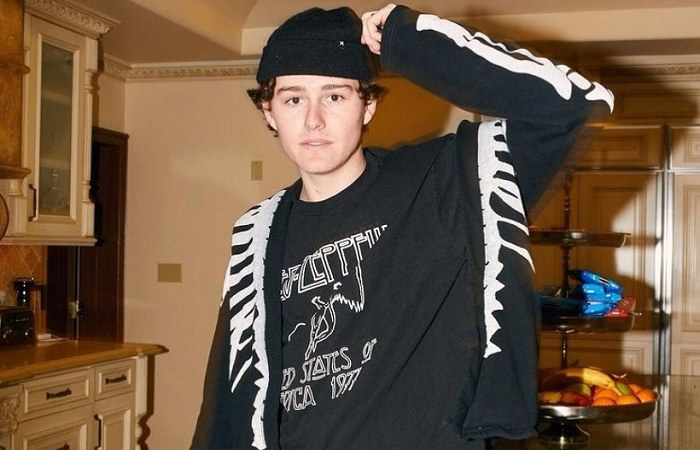 He Dropped Out of School Several Times

Ryland, who was born on December 14, 1999 in Carlsbad, California, is known for being a very reserved person who likes to keep his personal life private. He only featured his mother and sister a couple times on his videos, and does not talk about his relationships, perhaps other than jokingly tweeting about needing a girlfriend. Nevertheless, he did share with ‘TheSync Clips’ that he always wanted to be famous and to live in a big house in LA, which is why he dropped out of school, even though focusing on social media was not on his mind at the time. In fact, starting in their freshman year, he and Nick would often drop out of school, and after getting bored a couple months later, would roll back to school for one or two weeks before dropping out again. He further mentioned that he had very little credits and only went to school to hang out with his friends. Asked if he felt bored at home because his friends were at school, he said that was until Fortnite, an online battle royale game, came out, following which he started playing with Nick.

He Consulted with Fans before Releasing Merchandise

While several Ryland Storms themed items are available through various online shopping portals, he had launched an official merchandise line titled “STORMS – Debut Collection”, sold through fanjoy.co. Ryland, who has mentioned that he never realized when he became “famous”, had consulted with his fans before launching his merchandise. In May 2020, he made a Tweet asking his fans if he “should drop merch” and the response was very positive – with his fans requesting “shawty” items, mentioning a signature term for the creator. He released the collection later the year, which included black and pink hoodies, T-shirts and phone cases with “Sup Shawty” or “STORMS” printed on them.