Sienna Casas is a very young American social media star who earned fame on the internet for covering songs by famous singers such as The Jonas Brothers, Shawn Mendes, Camila Cabello, Sam Smith and Lady Gaga, with her father, Nick Casas. Her performances were noticed and shared by several of the original artists, following which she appeared on The Ellen DeGeneres Show several times and met stars like Demi Lovato and The Jonas Brothers. She has also met several social media stars including Charli D’Amelio, JoJo Siwa, Avani Gregg, Lauren Riihimaki, and Kouvr Annon. She once made a special visit to the Orange County Sheriff’s Department, where her father works. She met Jonathan Le of “The Shluv Family” through social media and the two have become best friends, often collaborating on videos along with their fathers. 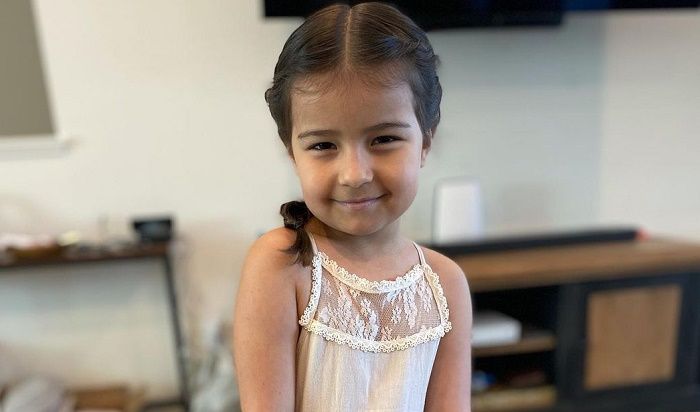 Her Social Media Journey Started on Her Father’s Instagram

Sienna Casas first appeared on her father’s Instagram feed as an infant on September 15, 2015, on a post captioned “This is my baby sienna rose casas<3 she is an angel:)”. According to Sienna’s father Nick, who both sings and plays the guitar, he has been singing all his life, and Sienna must have been used to that since she was in her mother’s womb. Later, he realized that her little daughter was indeed musically gifted when she began humming, whistling and singing with him as a child. While her father often recorded videos of them together, he started posting videos of them singing together on various social media platforms like Instagram, YouTube and TikTok in early 2019. On March 9, to celebrate The Jonas Brothers’ reunion, her father posted on his Instagram a video of the duo singing “Burnin’ Up”, which was liked by all the three Jonas Brothers, who further shared it with their fans.

She Became Popular Singing “Señorita” with Her Father

Sienna’s father continued to post covers of songs by artists like The Jonas Brothers, Lady Gaga, Sam Smith and Shawn Mendes, and often tagged the original artists in the videos. The father-daughter duo got a pleasant surprise when their cover version of “Señorita” by Shawn Mendes and Camila Cabello, posted around mid-July 2019, got noticed by the original artists. Mendes re-tweeted the song soon after it was posted, and the following day Cabello shared it on her Instagram. The video quickly went viral on various social media platforms and eventually earned 15 million views within a short period of time, making both of them famous.

She Has Appeared on The Ellen DeGeneres Show Several Times

Shortly after their “Señorita” cover went viral in late July, Sienna and her father were invited to appear on The Ellen DeGeneres Show in early September. The two chatted with talk show host Ellen for a while before performing the song again on the show. Apart from her short performance, Sienna charmed the audience by mentioning that she would like to be a police officer after growing up so that she could help her father. At the end of the segment, Ellen surprised Sienna by giving her unicorn themed gifts, as well as sponsoring a vacation to Hawaii. Later, they went back to the show in early November the same year to talk with guest host Ken Jeong. There, they revealed their experience of going to a Jonas Brothers concert where they were noticed by the singing stars. They also performed a couple songs on the show, including “Sucker” by The Jonas Brothers. In April, 2020, Nick shared a video of singer Demi Lovato surprising them backstage on The Ellen DeGeneres Show after learning that they were her huge fans. Ellen later shared the same clip on her YouTube channel, referring to them as her favorite father-daughter duo.

She Comes from a Musical Family

Sienna Rose Casas was born on July 8, 2015 in the United States to Nick Casas and Victoria Nicole. Her father mentioned in a video that music has had a big influence in his family. He also revealed that he is one of seven siblings in a fragmented family and has several brothers and sisters. He often performs live at various local events, pictures and videos from which could be found scattered all over his social media. His Younger brother Jacob is also a musician and has appeared on his YouTube channel. On the professional field, Nick served as Private First Class in the US Marine for four years and then did not re-enlist, which automatically put him in the reserve forces for the next four years. On July 30, 2020, he shared the mail he received announcing that he was honorably discharged from the army. He currently serves as a deputy police officer with the Orange County Sheriff’s Department. According to some reports, Sienna’s mother works at an emergency veterinary clinic. Some sources mention that Sienna is of Spanish-Catalan descent. 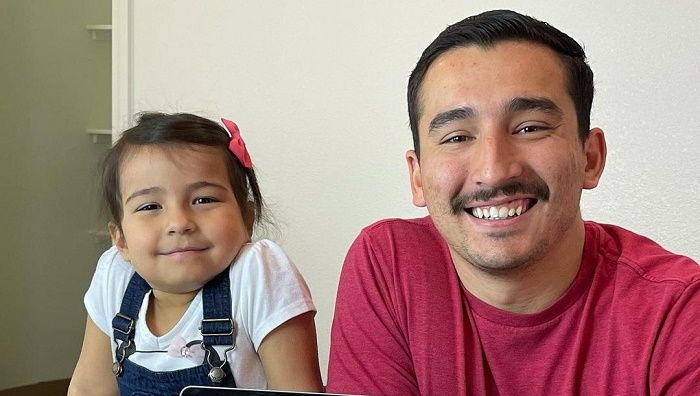 Her Parents Are Separated

While Sienna Casas has been appearing on social media alongside her father, as well as several of her relatives and family friends, since she was a child, her mother never makes an appearance with them. Her father Nick, however, has thanked her mother, Victoria, in some of his older Instagram posts for co-parenting their daughter and also wished her on Mother’s Day in May 2020. She is currently in a relationship with a man named Jaren Bishop, with whom she has been living together since June 2020. They welcomed their first child, and Victoria’s second daughter, Abrielle Brooke Bishop, on July 31, 2020. Victoria often posts pictures and videos of her two daughters together on her Instagram profile. Incidentally, a woman named Zara Angelica, a.k.a. “Z”, occasionally makes appearances in the pictures and videos posted by Nick, which prompted some fans to question about their relationship. Nick recently introduced Z as the love of his life in a YouTube video and also often posts pictures with her on his Instagram.