Sophie Gonzalez is an American YouTuber who is known for her vlogs about her life as a teen mother of twin sons. She became pregnant at the age of 16 and welcomed twins Luke and Zeke soon after turning 17. She initially took care of the babies with her then-boyfriend Josh, who is two years older than her, but they recently parted ways after having constant issues with the relationship. Sophie, who worked at McDonald’s since before conceiving her children, now supports herself running her eponymous YouTube channel and is also quite popular on Instagram. 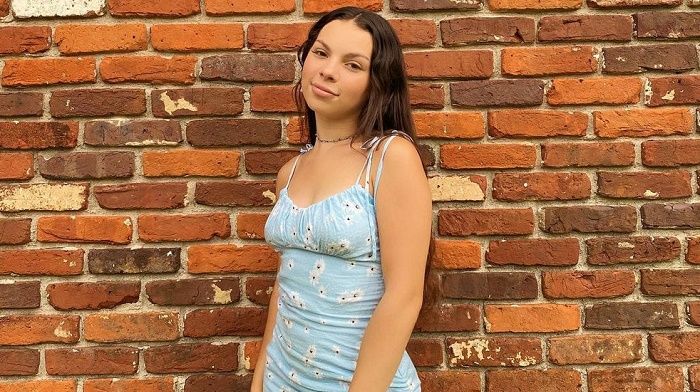 She Became Pregnant at 16

Sophie Gonzalez was only 16 years old in the August of 2018 when she found out that she was pregnant. She was at the time preparing for junior school, while her boyfriend Josh was preparing for college. In the summer that year, they went on two vacations together, but they were not “as safe as we should have been”, due to the fact that she was transitioning from one birth control to another because the former was making her “nauseous and sick”. She became nervous after she began missing her periods and eventually took a test to confirm her pregnancy, even though she was in denial initially. She felt “scared, embarrassed, almost guilty” and took another test the next day, which had the same result.

She Once Considered Adoption and Abortion

The first person apart from her boyfriend to know about Sophie’s pregnancy was her mother, whom she called on phone while she was still in her office to deliver the news. She immediately came home, and following a long discussion, assured her that she would support whatever decision Sophie took. Her father was quite disappointed at first, but eventually came around and supported her as well. According to her, even though people often talk about abortion, after realizing she was pregnant, abortion did not feel like an option to her anymore. She also considered giving up her baby for adoption at first. However, her relationship with her boyfriend worsened rapidly because he was not mentally prepared to become a father and thought abortion was the only option. In those initial days, she watched hours and hours of YouTube videos by other teen mothers who had shared their experiences in a similar situation. As she realized that many were successfully raising kids as teen mothers and are happy about their decisions, “as weird as it may sound, that honestly helped so much”.

After watching countless videos on YouTube, Sophie Gonzalez decided to document and share her own journey as a teen mom on the platform. While her eponymous channel was created back on July 26, 2016, she made her first upload, a video titled “FINDING OUT I WAS 16 AND PREGNANT WITH TWINS ll CURRENTLY 30 WEEKS ll TEEN MOM”, on February 5, 2019. The video is currently the most watched one on her channel, with 3.7 million views. Later that month, she posted more videos revealing the gender and names of her unborn babies and then documenting the natural birth of her twin babies. She has been uploading videos regularly for the past two years, sharing with her fans every detail about her life with her twin babies, and has amassed 474k subscribers on the platform.

She Welcomed Twins Days after Turning 17

Weeks after learning about her pregnancy, Sophie Gonzalez went to Planned Parenthood to discuss her options and finally went for an ultrasound test shortly later. When she realized that she was carrying two babies, she considered it a miracle and expressed it decisively that she won’t be giving up on them. She initially had issues with her boyfriend Josh, but he eventually accepted the reality of the situation as the birth of the twins came closer. He was on a week’s break from college and was spending time at Sophie’s house when she had to be admitted to the hospital during the 32nd week of her pregnancy. While she was supposed to give birth to her twins around week 37, she welcomed them weeks earlier, only days after turning 17 in February 2019. Her son Luke came out first, followed by Zeke (Ezekiel) exactly 10 minutes later.

Her On-and-off Relationship with Josh Has Ended

Sophie Gonzalez had been involved in a serious relationship with Josh Gagnier, the father of her twins, for nearly a year by the time they found out about her pregnancy. In her very first video, she revealed that the two were best friends for a couple of years before starting to date and did almost everything together. However, once she decided to keep the babies, they had altercations almost every day and their relationship was strained. Nevertheless, they patched up before the birth of their twins, and after living together at her house for a while, they even moved to a new apartment to take care of the babies. Sophie, who had been working till the babies were born, and had started earning money through YouTube after that, mentioned that she wanted to support Josh while he continued his education. But he soon dropped out of college, which irked her a lot, and was unable to find a stable job either. They eventually began taking care of the babies as friends while also meeting with others, but that created so much jealousy that they have since then called it quits. 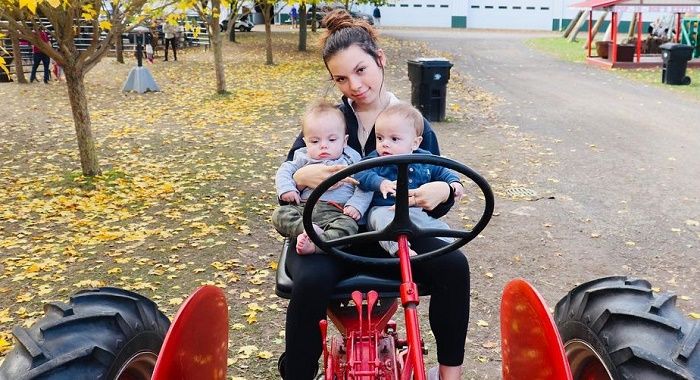 Her Life before Motherhood

Sophie Gonzalez was born on February 16, 2002 in the United States and was raised by her parents alongside her sister Ashley. She is a skilled track runner who had represented her school every year until she became pregnant. The biggest thing she misses from her life prior to having kids is participating in sports. She began working at McDonald’s while still in school and continued working there five days a week throughout her pregnancy. She even worked the day before giving birth and had to cancel her schedule on the next day.