American social-media star Andrew Davila is quite a rage on ‘YouTube,’ ‘TikTok,’ and ‘Instagram.’ He was initially part of the social-media group ‘Sunset Park,’ along with fellow internet content creators Ethan and Moe Bradberry (of the ‘YouTube’ channel ‘MoeAndEthan’), Coby Persin, Sam Dezz, Okaymoe (Moe Adams), and Alan and Alex Stokes (of the ‘Stokes Twins’). Later, he started creating his own content, including comedy clips, challenge videos, and dares. This Texan star has collaborated with many budding internet celebrities. However, almost nothing is known about his family, relationships, or academic background. This probably hints at the fact that he is secretive and does not wish to divulge his personal details online. He is also an avid soccer player and a dedicated traveler. He once stated in a video that he would like to date an extroverted girl who loves to travel. 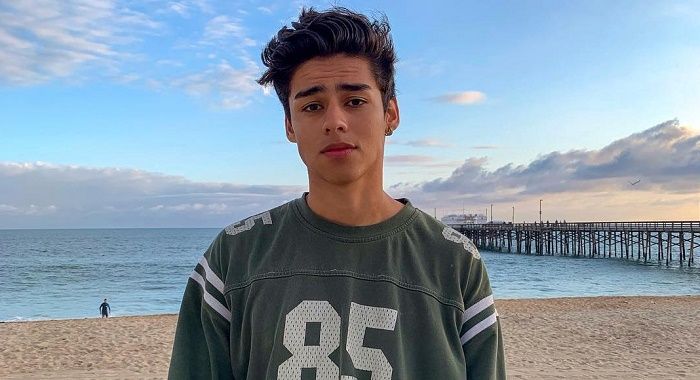 Not much is known about his family except that he has a younger sister and a younger brother. His mother’s name is Karla, and she has been featured on his social-media posts.

Though he was active on both ‘Twitter’ and ‘YouTube’ since 2014, Andrew gained fame after joining the collaborative social-media group ‘Sunset Park’ in 2017. Andrew formed the group along with a group of roommates and friends. Together, they uploaded vlogs, comedy clips, and challenge videos on the internet. Along with Andrew, the group initially had five of his friends, Ethan and Moe Bradberry (of the ‘YouTube’ channel ‘MoeAndEthan’), Sam Dezz, Coby Persin, and Okaymoe (Moe Adams).

The introductory video of the channel, ‘Welcome To Sunset Park,’ was posted on April 23, 2017. 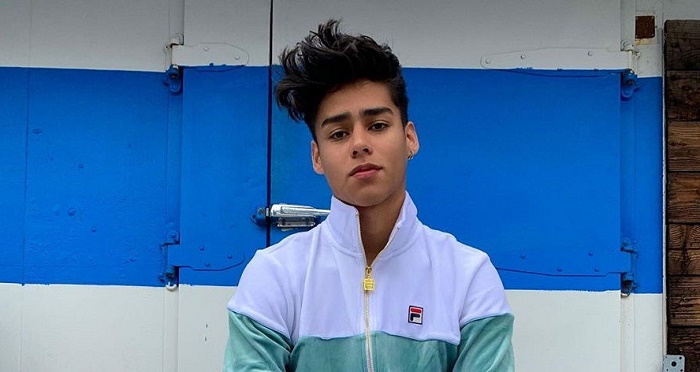 Sam left the group later, with a declaration on ‘YouTube’ on May 30, 2017, titled ‘MY FINAL GOODBYE (SAM DEZZ),’ stating he missed his friends and was going back to Virginia.

The Stokes twins, Alan and Alex Stokes, of ‘YouTube’ fame, joined the group that year.

The group’s ‘YouTube’ channel was launched on February 24, 2017. The channel has already managed to gain more than 10 million views and 83.4 thousand subscribers. The last video on the channel, ‘I WENT ON A DATE WITH A FAN ( ETHAN BRADBERRY ),’ was uploaded on July 29, 2017. It gained more than 20 thousand views.

Andrew launched his individual ‘Twitter’ account in October 2014. He has already managed to earn more than 12.6 thousand followers on the platform. He launched his self-titled ‘YouTube’ channel on August 18, 2014. Over the years, the channel has gained over 9 million views and more than 332 thousand subscribers. The channel mostly hosts challenge videos and dares. The first video on the channel, ‘Try Not To Laugh Challenge with Ethan Bradberry!,’ was posted on May 19, 2017. It has garnered more than 66 thousand views.

Andrew Davila is also present on ‘Snapchat,’ as “Andrxw20.” On ‘Instagram,’ his account, “andrewdavila_,” has gained more than 1.5 million followers. The account is full of his selfies and other photos with his friends.

He is also equally popular on ‘TikTok’ (‘musical.ly’), where his profile has gained more than 1.6 million followers and over 14.2 million likes. Some of his ‘TikTok’ videos are collaborations with fellow social-media stars such as Lexi Rivera (sister of internet celebrity Brent Rivera) and Caleb Burton. Andrew also stated in one of his ‘YouTube’ videos that he likes creating clips with Sebastian Sanchez.

Is Andrew Davila Dating Someone?

Not much is known about Andrew’s relationships, and it is believed that he may be single.

However, he once stated in one of his ‘YouTube’ videos that he is fond of girls who have a sense of humor and are extroverted, confident, and adventurous. He also said he likes girls who love to travel. In another video, he claimed he was extremely nervous before his first kiss.

Singer Drake’s hit track ‘In My Feelings’ is one of Andrew’s favorite songs. Andrew is also fond of music by Justin Bieber, Travis Scott, and Post Malone.

He is friends with a number of social-media stars such as Sebastian Sanchez, Tanner Witt, Solomon Berg, Brent Rivera, Ben Azelart, and Mason Fulp.

He loves playing soccer. If he ever had to choose between becoming a soccer player and a “YouTuber,” he would skip choosing and try to be both. 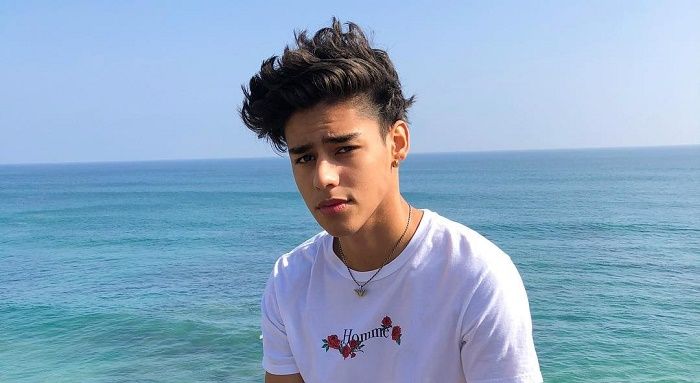 Andrew once said that his most embarrassing memory was when a friend of his convinced their teacher to play one of Andrew’s ‘YouTube’ videos in class, on the class projector.

In one of his Q&A videos, he was asked where he would want to travel, if he could travel anywhere. To this, Andrew replied that he would choose to go to the moon and chill there.

His dimpled smile and his pierced ear have become his trademarks and have made him a heartthrob of sorts for his fans. He once stated that if he ever gets a chance, he would most certainly date a fan.