Famous As:- American Professional Basketball Player Who Plays as a Power Forward

Zion Williamson, arguably the most promising entry in the 2019 National Basketball Association (NBA) Draft, seems to have the world at his feet. He plays both as small forward and power forward and has been drafted by the New Orleans Pelicans as their first pick. A North Carolina native, he studied at Spartanburg Day School, where he was part of their basketball program and helped them win three straight state championships. Between 2018 and 2019, he played a single season for the Duke University, during which he led the Blue Devils to their 21st ACC tournament title. In January 2020, he debuted as a professional basketball player in a match against the San Antonio Spurs. 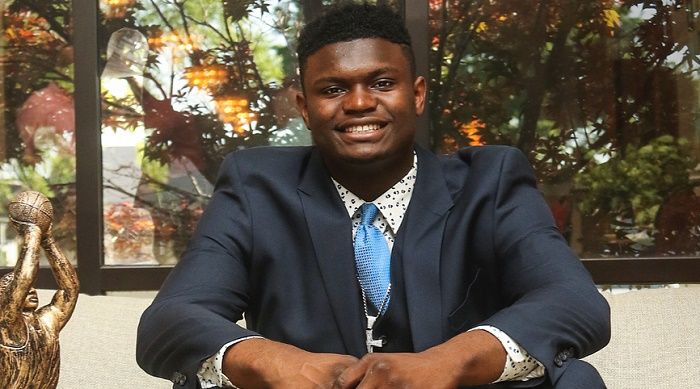 Zion Williamson was born on July 6, 2000, in Salisbury, North Carolina, USA, to Sharonda Sampson and Lateef Williamson. Both his parents are former athletes. His father played football as a defensive lineman in school and college, while his mother was a sprinter. When he was five years old, his parents parted ways, and his mother subsequently exchanged wedding vows with Lee Anderson, who served as Williamson’s coach during his time with the AAU team SC Supreme. Through his mother and Anderson, Williamson has a half-brother named Noah.

When he was younger, he played football and soccer alongside basketball. He decided to become a college basketball star right about the same time his parents divorced. At the age of nine, he earnestly began training and was coached by both his mother and stepfather at different points in the early days of his career. Williamson attended Johnakin Middle School in Marion, South Carolina and played a pivotal role in their successful pursuit of a conference title. 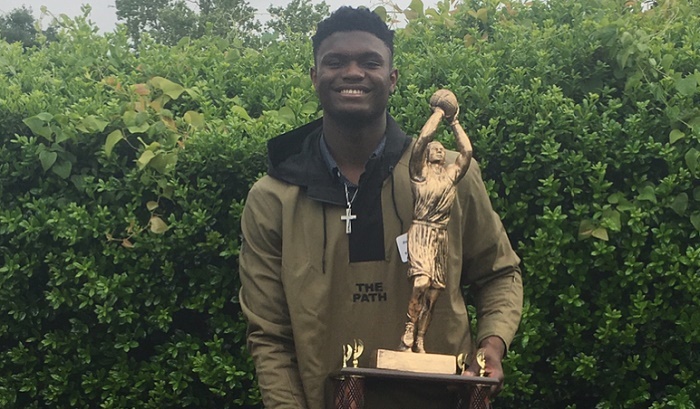 Williamson went to Spartanburg Day School, an independent college preparatory 2K-12 school, situated in Spartanburg County, South Carolina, where he was part of the Griffins’ basketball program. During his freshman year, he registered in average 24.4 points, 9.4 rebounds, 2.8 assists, 3.3 steals and 3.0 blocks, obtaining both All-State and All-Region honours and helping his team secure a spot in the South Carolina Independent School Association (SCISA) state championship game. During this period, he was part of the South Carolina Hornets AAU team, where he played alongside another future NBA-star, Ja Morant.

As a sophomore, Williamson scored in average 28.3 points, 10.4 rebounds, 3.9 blocks, and 2.7 steals per game and earned the SCISA Region I-2A Player of the Year accolade. He was at the forefront of his school’s successful campaign to win their first SCISA Region I-2A title in program history. 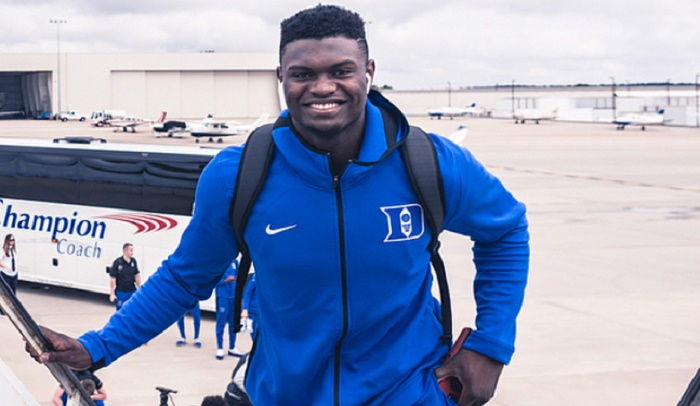 He began his final season with the Griffins by scoring 46 points and 15 rebounds in a 70–62 loss to Christ School in November 2017. In the course of the next few months, he led his team to their third consecutive SCISA Region I-2A championship. He averaged 36.4 points, 11.4 rebounds, and 3.5 assists per game and was named the 2018 South Carolina Mr. Basketball, McDonald’s All-American, runner-up for Mr. Basketball USA, and USA Today All-USA first team honouree.

Williamson was aggressively pursued for recruitment by various colleges from all over the country since he was a high school senior. Among the colleges that sought to recruit him were Wofford, Clemson, Florida, North Carolina, and South Carolina. In August 2016, he was approached by Duke University in Durham, North Carolina. About one and a half years later, in January 2018, Williamson declared his commitment towards Duke during a live ESPN telecast. 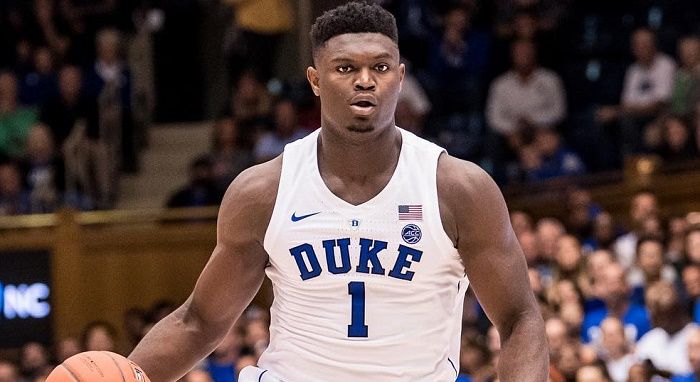 In August 2018, he took part in a preseason game against Canadian university Ryerson, which the Blue Devils won 86–67. He then played his first regular-season game against Kentucky at the Champions Classic in early November. Williamson participated in 33 games in his first and only season with Duke, scoring in average 22.6 points, 8.9 total rebounds, and 2.1 assists per game. He won the ACC Player of the Year, ACC Athlete of the Year, and ACC Rookie of the Year accolades. Furthermore, after registering the single-game school scoring record for freshmen in January 2019, he was named the ACC Rookie of the Week five times, AP Player of the Year, Sporting News College Player of the Year, and the winner of the Wayman Tisdale Award. 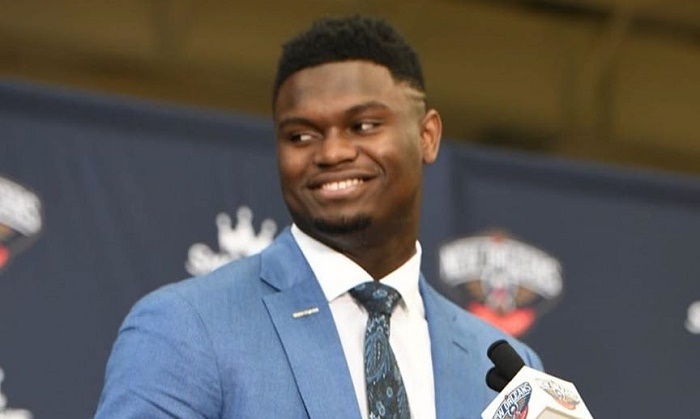 Under his leadership, the Blue Devils ended the 2018-19 NCAA Division 1 men’s basketball season at the second place and went on to claim their 21st ACC tournament title. This allowed them to compete in the NCAA tournament, where they won against North Dakota State, UCF, and Virginia Tech before losing to Michigan State in the Elite Eight round.

Zion Williamson in the NBA 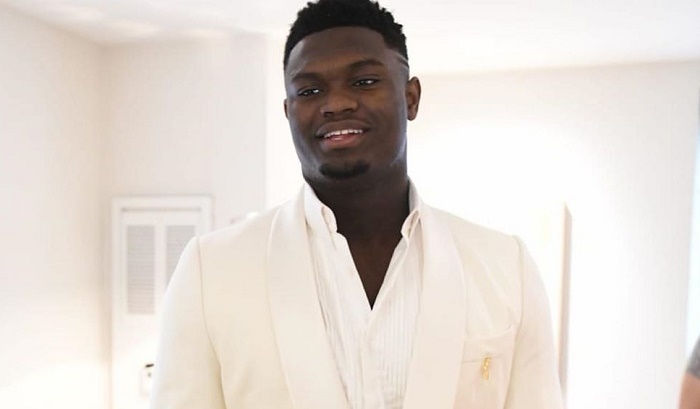 During his freshman year at Spartanburg, he began gaining national attention through viral videos of his slam dunking.

Following the outbreak of COVID 19, he announced that he would pay for the salaries of all the people employed at the Smoothie King Center for 30 days during the suspension of the 2019-20 NBA season.